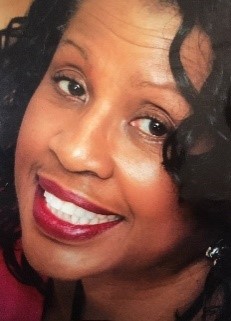 Yvonne Blackmon made her HPCP debut as MaDear in Cheryl West’s Jar the Floor (directed by Rosalind Battle). A longtime Chicagoan, she has lived in Hyde Park since 1996. She is now playing Jackey in Anton in Show Business.

Q. How did you find out about Anton, and what made you decide to try out for it?

Yvonne: I believe I saw an ad in Hyde Park Produce regarding auditions. I enjoy being involved theater and had been away from it for a while, so I was eager to audition. I was pleased to hear I had made it.

Q. When did you first get interested in theater, and why?

Yvonne: I have been interested in acting since I was a child. If I had followed my heart and had more confidence, Drama would have been my major. It is only since I retired that I began acting.

Yvonne: The most challenging thing about playing Jackey is trying to make sure my portrayal is not offensive or stereotypical. But after reading his dialogue and mannerisms (such as being easily moved to tears), I felt the author intended for him to have a flair for drama, and since he is a costume designer, probably stylishly flamboyant. The most fun thing about playing him was putting together his wardrobe.

Q. Both of the HPCP mainstage shows you’ve been in–Jar the Floor and Anton–use humor to tackle serious issues relating to women’s experience. Are there things that the characters in Anton go through that resonate with your own experience as a woman in theater?

Yvonne: Some of the things mentioned resonate as truth in acting, such as when Casey speaks of being typecast for certain parts. They all speak of the pressure to be beautiful and of being berated at auditions. It is mentioned that Casey has been in over 200 plays without ever having been paid a salary. I know aspiring actresses that have had these experiences. As far as I am concerned, I started so late that I’m grateful and enjoy  what I get.

Yvonne: Each play offers a cast that is like a new family. I am awed by the talent, creativity, warmth and support among the cast of Anton.

The View from the Bench: Love and THE LAST DAYS OF...
Meet the Lady Crew: Dramaturg and Verse Coach
RASHOMON Introductions: Meet Paul Baker, the Woodc...
Director’s Note from Leslie Halverson –...

Founded in January of 2009, the Hyde Park Community Players is a non-profit, amateur, volunteer organization whose mission is to create compelling theatre by and for residents of the South Side. END_OF_DOCUMENT_TOKEN_TO_BE_REPLACED

You can make your contribution to our work here at the Hyde Park Community Players. There are lots of ways to give! END_OF_DOCUMENT_TOKEN_TO_BE_REPLACED