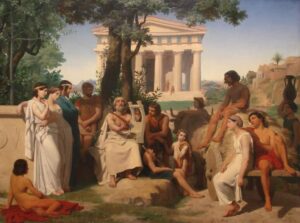 Building on the success of our first rehearsed reading via Zoom,

we will be at it again with

The Skeleton in Armor, by Henry Wadsworth Longfellow– read by Ron Chafetz

The Last One, W.S. Merwin – read by Andrea Holliday

The Death of the Hired Man, by Robert Frost – read by Corinna Christman & Bill Hohnke

The Highwayman, by Alfred Noyes– read by Ruth Kadanoff

Founded in January of 2009, the Hyde Park Community Players is a non-profit, amateur, volunteer organization whose mission is to create compelling theatre by and for residents of the South Side. END_OF_DOCUMENT_TOKEN_TO_BE_REPLACED

You can make your contribution to our work here at the Hyde Park Community Players. There are lots of ways to give! END_OF_DOCUMENT_TOKEN_TO_BE_REPLACED