Join us for our December Friday Staged Reading via Zoom

Boxelder Bug Variations: A Meditation on an Idea in Language and Music 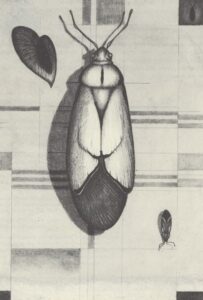 In Minnesota, one phenomenon of fall and winter is that boxelder bugs come inside. They don’t do much. They’re just … there. In 1985, poet and writer Bill Holm used the boxelder bugs in his own house as a jumping-off point to explore small-town life, death, love (and sex!), classical music, and the threat of nuclear war. Join us for an extraordinary evening!

“To be alive, and to know it, is everything. Everything.”

Founded in January of 2009, the Hyde Park Community Players is a non-profit, amateur, volunteer organization whose mission is to create compelling theatre by and for residents of the South Side. END_OF_DOCUMENT_TOKEN_TO_BE_REPLACED

You can make your contribution to our work here at the Hyde Park Community Players. There are lots of ways to give! END_OF_DOCUMENT_TOKEN_TO_BE_REPLACED