The Year of Magical Thinking, by Joan Didion 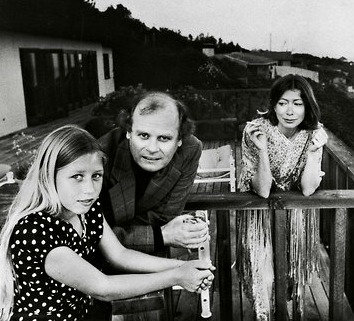 On the evening of December 30, 2003, Joan and her husband John returned from visiting the hospital where their daughter was in a septic-shock coma, and before dinner had begun, John dropped dead.

Joan recorded what it was like to live the year that followed in courageously unsparing detail, first in a memoir, and from that a one-woman play of the same name, The Year of Magical Thinking.

It promises to be a memorable and thought-provoking evening.

Founded in January of 2009, the Hyde Park Community Players is a non-profit, amateur, volunteer organization whose mission is to create compelling theatre by and for residents of the South Side. END_OF_DOCUMENT_TOKEN_TO_BE_REPLACED

You can make your contribution to our work here at the Hyde Park Community Players. There are lots of ways to give! END_OF_DOCUMENT_TOKEN_TO_BE_REPLACED